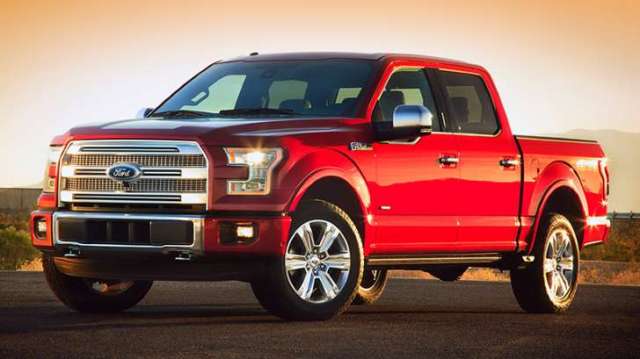 Ford Motor Company is issuing a safety recall for approximately 12,300 2015-model Ford F-150 vehicles in North America for an upper I-shaft that might have been riveted improperly, potentially causing it to separate. If that happens, it could result in the loss of steering control without warning, increasing the risk of a crash.

Ford is not aware of any accidents or injuries, but is aware of one report of loss of steering believed to be related to this condition.

There are 12,328 vehicles that might be affected in North America, including 8,963 in the United States and federalized territories, 3,348 in Canada and 17 in Mexico. Of those, 6,722 vehicles are unsold, meaning 5,606 vehicles are in customer’s hands. 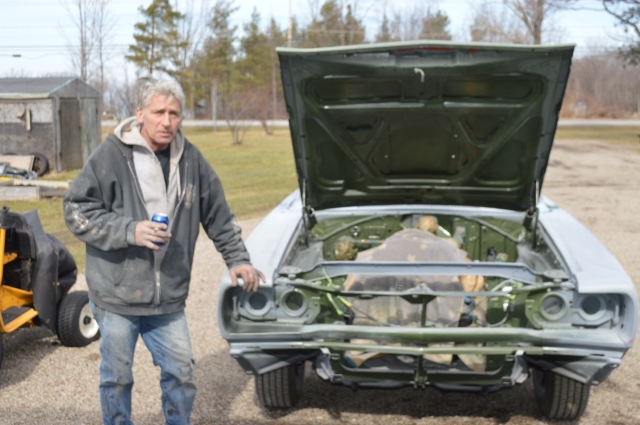 Doug Monin is always working on something. This resident of Sheridan, New York and father of three has a large car collection, but what really peaked my interest is the 1969 Dodge Coronet Super Bee.

The car was last registered in Georgia in 1977 and 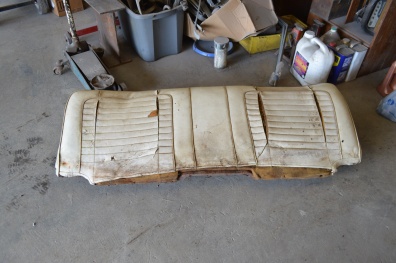 Monin bought this car a year ago from Earheart Collision in Dunkirk, New York. He has been working on it ever since. The first thing he did was strip the car down to nothing and replaced the rotted floor and trunk pans. To give an idea about how bad those were, this is the original rear seat. You can tell it needed work.

Monin likes his cars “sweet and clean,” meaning mostly stock and as original as possible. Besides the floor pans, the roof and engine are the few parts that are not original.

A 325 hp (estimated) 440 with a four barrel carburetor will replace the stock engine. The Pro Shop in Angola had the honor of freshening up the engine.  The transmission is the original 7727 Baby H Torque Flight and as was reworked by American Transmission in Irving, New York. The rear axil is stock with 3.23 gears. 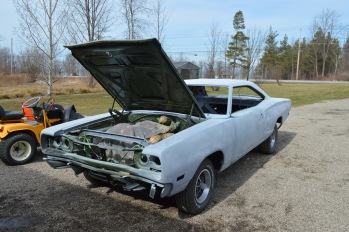 Once finished the Super Bee will have factory a/c, an upgraded electronic ignition and a new radio. The radio with have a factory look right down to the tuning knobs, but will be Bluetooth enabled. The car will be panted the original emerald green and have factory Super Bee graphics.

Monin hopes the car will be done in May.

“Are you every really done?” Monin said. You get them running, and you drive it down the road and think, ‘Ok, there’s one more thing I wanna do and I will do that later.’ It never ends. It’s like building a house, is it ever really done?”

Monin keeps his family involved with what he builds. His wife helps him to look up parts online, and even though his kids are very young, with the oldest being 3, they come out to help him sand.

“I hope my kids will develop a liking for it and continue to do it on their own,” Monin said.

As the car progresses, we will visit Doug Monin again to see how the car is coming along.

Ever wonder what the fastest cars of their times were? This article is great for answering that question. Even a quick flip through shows GM staying right up there with Porsche and Ferrari in many years. The Shelby Fords are right up there to in some years. There are a lot of Corvettes naturally, but some others you may not expect to be the fastest cars of their years. The Buick GNX,  the 1958 Chevrolet 315 Delray at 7.2 seconds in the 0 to 60, and the 1966 Plymouth Satellite 426 Hemi at 5.3 seconds tying with a Porsche 904 at 5.3 seconds are some of the unsung heroes.

Like they said, the idea was simple. Put a 6.6 Duramax Diesel engine out of an 03 Chevy truck into a 56 Desoto. It did turn into a large project but the results make for a really interesting car.

I guess this will be the last year of the Viper. I am reposting this because the guy who wrote it is funny! He was also rather informative, I always thought the Viper was nice looking, but I did not know it had so many problems.